Show And Tell At Work Day

Today is Show And Tell at Work Day, so I thought I would celebrate Show and Tell in literature. Actually, in literature, the mantra is, ‘show, don’t tell’. So, what does that mean?

‘Don’t tell me the moon is shining. Show me the glint of light on broken glass,’ Anton Chekhov once advised.

Showing is a bit like painting a picture with words. I could tell you the moon is bright, or I could describe the moon being bright so that you feel, and almost experience, its brightness:

“…A finger of moonlight slipped through the curtain illuminating the corner table.”

I could tell you Barry was cold, or I could show you by conjuring an image of his coldness:

“…he slipped icy fingers into her warm hand.”

Showing is much more exciting than telling and evokes imagination.

Sometimes, you do need to move the story onwards more quickly and not labour over mundane but necessary information which would slow the pace. A summary narrative is not always a mistake. You can return to the flow as soon as possible.

Well-written books are usually better than the film because they activate the theatre of the mind. There really is no substitute for the reader’s own imagination.

With this in mind, a description in a new story I am developing is as follows…

“…Funnily enough, shopping—with crowds of people pushing and shoving and kids hollering and babies crying and drivers shaking their fists and parents shouting at their children and older people becoming cranky and getting lost—never gave her headaches. Only that difficult boy, that sent-to-punish-her boy, could manage that, single-handedly, for doing no more than having awful hair, a skin-thingy and a stammer.” 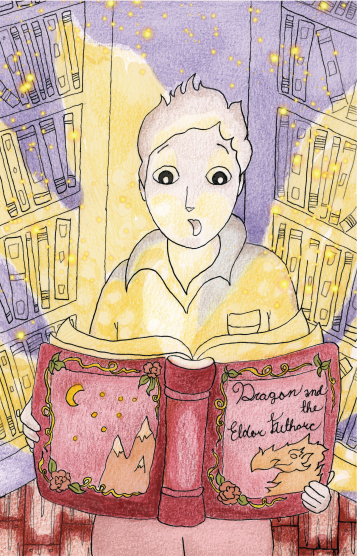 (Adapted from The Dual Veil, release date to be announced).

In this description, I have evoked an image of a mother who definitely doesn’t love her son. I could have told you simply that she didn’t like him, was selfish and self-centred. Instead, the reader hopefully feels sympathy for the son (Barry Brown) and develops an instant dislike for his mother.

4 comments on “Show And Tell At Work Day”