Recently, a friend of mine, Patricia Tilton, reviewed a lovely little book for children on her blog: My Paper House by Lois Peterson about a little girl who comes from Kibera in Nairobi.

Reading her review, memories of my first impressions of the frantic, noisy, city of Nairobi inspired me to write something for my Insights Corner. At the time, I was doing a consultancy for Oxfam. I rode in my air-conditioned Toyota Landcruiser (until it was stolen) through the then-failing traffic system with its drive-on-the-left, traffic lit, roundabouted road infrastructure ~ a testament to Pre-Uhuru British colonialism.

Heat bounced off the pot-holed, tarmacked roads, causing them to soften and shimmy.

I remember driving through the parts of town where the rich lived. Roads were lined with mansions and gated-compounds guarded by Askaris. Pepper trees and Bougainvillea grew everywhere. I knew I was in Africa because of the glaring, daring colours ~ flowers and vibrant Kangas worn by local women. Only they can wear such colour. Their blue-black skin makes that of a white person’s seem bleached, devoid of life.

The relentless sun forces everything to exude its fragrance. 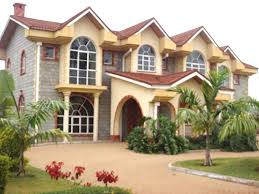 I drove to another part of town. Glinting corrugated tin roofs bounce the sun back into your eyes ~ mirroring something of the reality of contrasts in that part of the world. The Kibera slums occupy a space not quite as large as Central Park. Kibera is jammed full of ramshackle tin huts. Beneath those roofs, men, women and children live in unimaginable poverty. Urine and feces run in open ruts across the ground. There is nowhere to walk, no streets, street lights, or running water. The walking paths (if you can call them that) are filled with rubbish and human waste.

1,000,000 men, women and children live there. There are approximately 1300 people per toilet. If a toilet is occupied, a person squats over a plastic bag (which is a rare commodity) tries to tie it, then jettisons it into space (“flying toilet”).

Kibera is a breeding ground for Diptheria, Malaria and Typhus. Many children don’t live to see five years.

Kibera is an eye-sore, stinking, outrageous and offensive in every way imaginable. 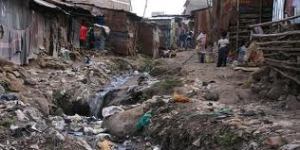 Yet, I learned something from my visit (which does not make it right, justify its existence or create a holier-than-thou chance to evangelise in search of a raison d’etre.)

A child of about nine years old approached me. “Mama!” she said. “Give me that.” I looked at what she pointed to. I had a plastic container that I considered rubbish and would (being ecologically minded) recycle. “Give me that,” she said again in English.

I gave it her, and she smiled her thanks. She seemed delighted. I learned later that this little raggedy girl lived on rubbish. Every day of her life, she foraged in Nairobi rubbish dumps to find anything of value that she might then sell on for a few shillings. I had given her something that, for me, was worthless trash, but to her, meant she could eat Ugali that day.

Interestingly, my house-girl (I didn’t invent the terminology or the servant-driven economy) had a plastic container just like it on the window-sill of her hut (of which she was intensely proud). Once, it had been filled with succulent strawberries, now, it was Crosby’s bead box. And she thought it beautiful.

Insight? Apart from the outrage I felt/feel that this goes on in the world and we, collectively, do nothing about it, I looked into that little girl’s eyes. I saw a look of achievement, hope, pride. I did not see failure or despair. She had survived that day. She wanted to survive, thrive, live. Only 8% of girls in Kibera are educated. Just think what this child might achieve if she were given the chance!

Sometimes all we need is a chance. That little girl would grab the taken-for-granted thing and run with it ~ for years and years ~ propelled by its value.

12 comments on “Insights With Dr. Niamh Clune: A Nairobi Lesson!”